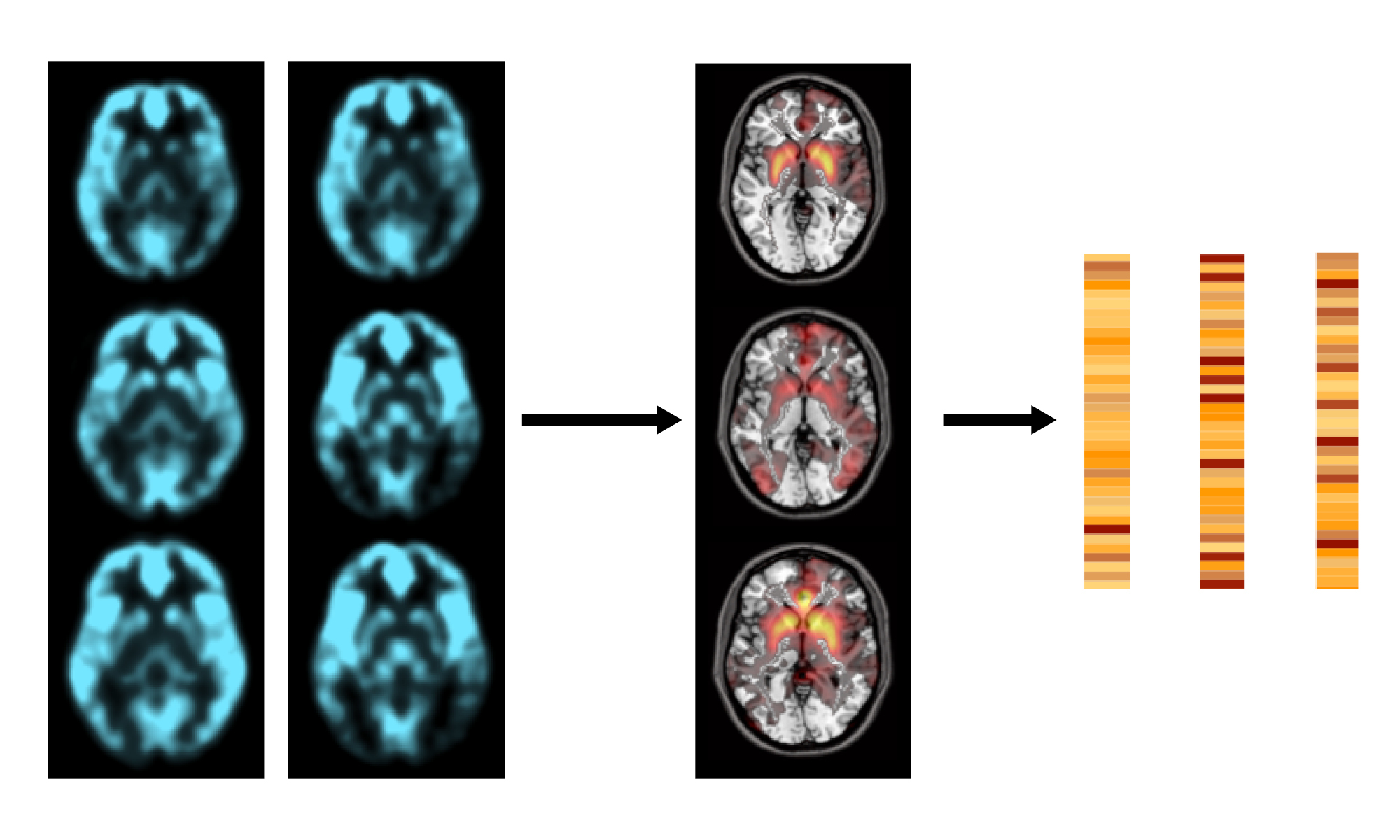 Pierluigi asked Gill for help with revising a conceptual figure that had previously been used in both a poster and a PowerPoint presentation but was now to be included in an article and submitted to a print journal.  The figure was relatively complex, as it explained the experimental procedures used in his research, and Pierluigi was concerned that, without him being present to verbally explain the figure, it may be difficult to understand.

The figure differs from other conceptual figures discussed on this blog, as the visual elements it contains are all screengrabs taken from specialist scientific software. As these screengrabs show real data results, taken from the experimental procedures, or are screengrabs taken from commercial brain atlases, they cannot be replaced by drawn elements (see this blog post for a discussion on when drawing data may be appropriate). Despite the lack of drawn visual elements, the figure does raise issues that should be considered for any conceptual figure and are worth discussing here.

Please note that, to avoid any potential copyright issues (current or future), figures are shown without any text. The areas of text are instead represented by grey boxes.

The original figure is shown below: 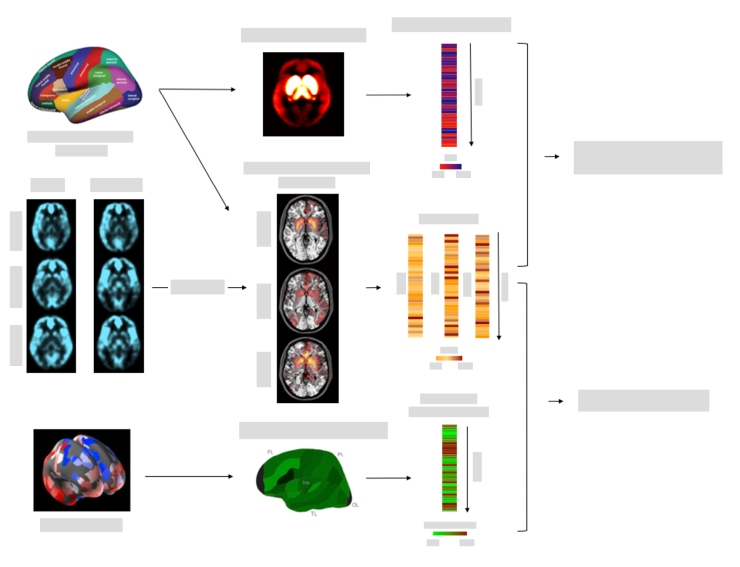 Pierluigi did explain the scientific meaning of the figure to Gill, to allow her to make informed decisions about the graphic design. But for the purposes of this blog post, the figure will be discussed purely from a graphic design viewpoint, without describing the science. Pierluigi was concerned that the figure should be read in the correct order, so leading a viewer through the figure is the most important job of the design. On that basis, the points listed below were discussed, with a revised figure included at the bottom of this post.

As can be seen in the revised version of the figure, the improved use of space allows the data visual elements to be much larger relative to the figure as a whole, whilst removing unnecessary elements simplifies the visual communication.

This is not the final version of the figure, but it shows what can be achieved simply by rearranging or revising existing visual elements.