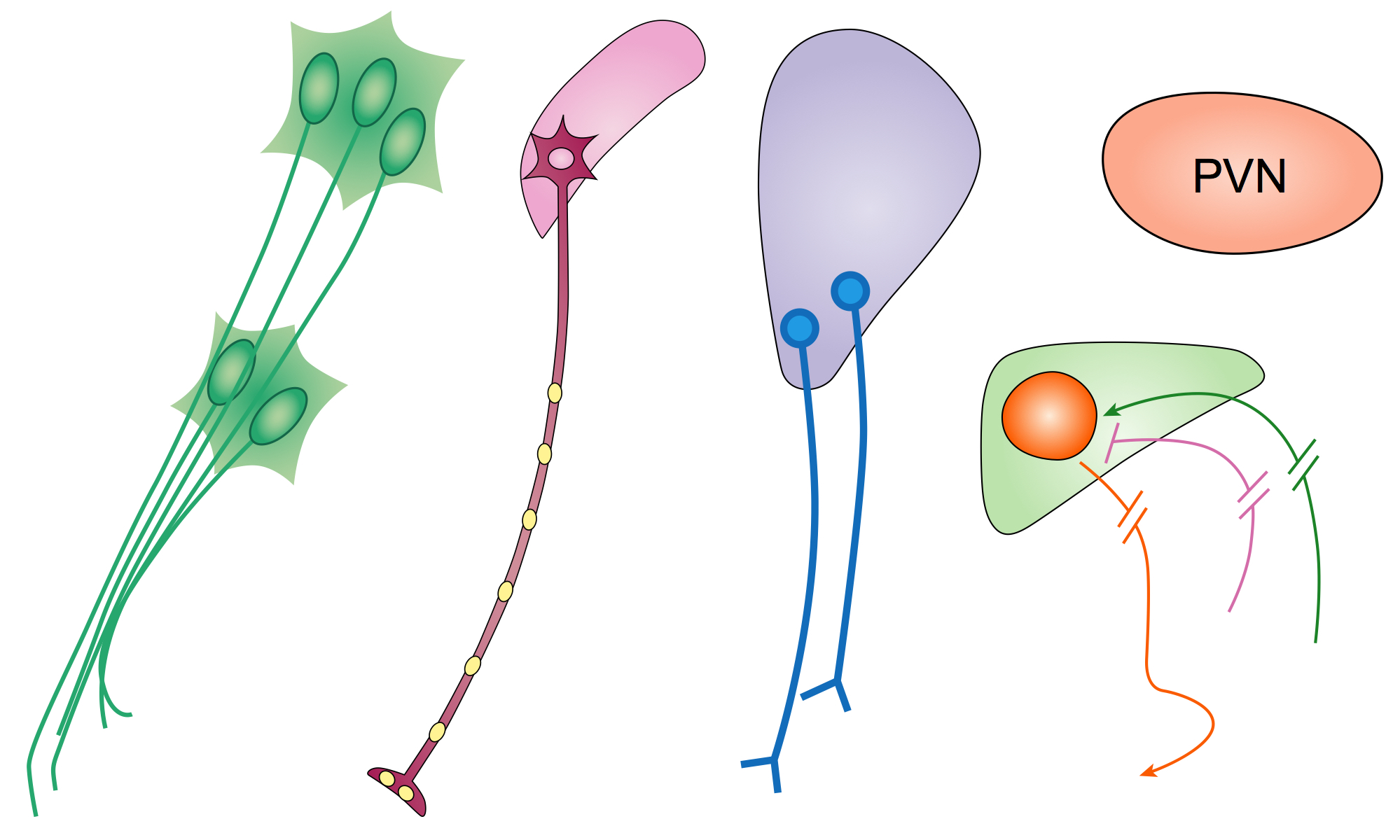 In order to understand the range of visual representations that can be used to depict intra-nasal delivery, particularly of oxytocin, Gill has started collecting more examples of the visual elements that make up the conceptual figures reviewed so far. One example of each of these elements is shown below. They range from the large elements that give the figures their context, such as the brain and nerve systems, down to the small elements that comprise the olfactory epithelium. 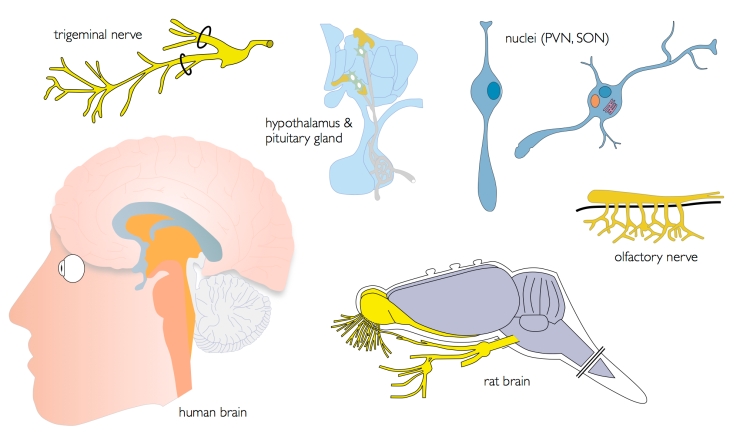 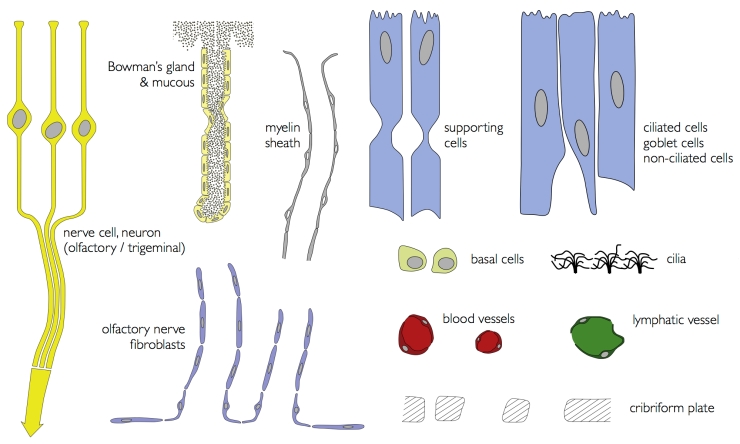 By examining a large number of visual representations of the same thing, such as the depictions of the paraventricular nuclei (PVN) shown in the header image, the differences and similarities can be documented. Some representations may work better in certain contexts, or there may need to be a range of possible representations, depending on the relative scale of the figure, or the intended audience. Exactly how each visual element is used, and how successfully, should become clearer.