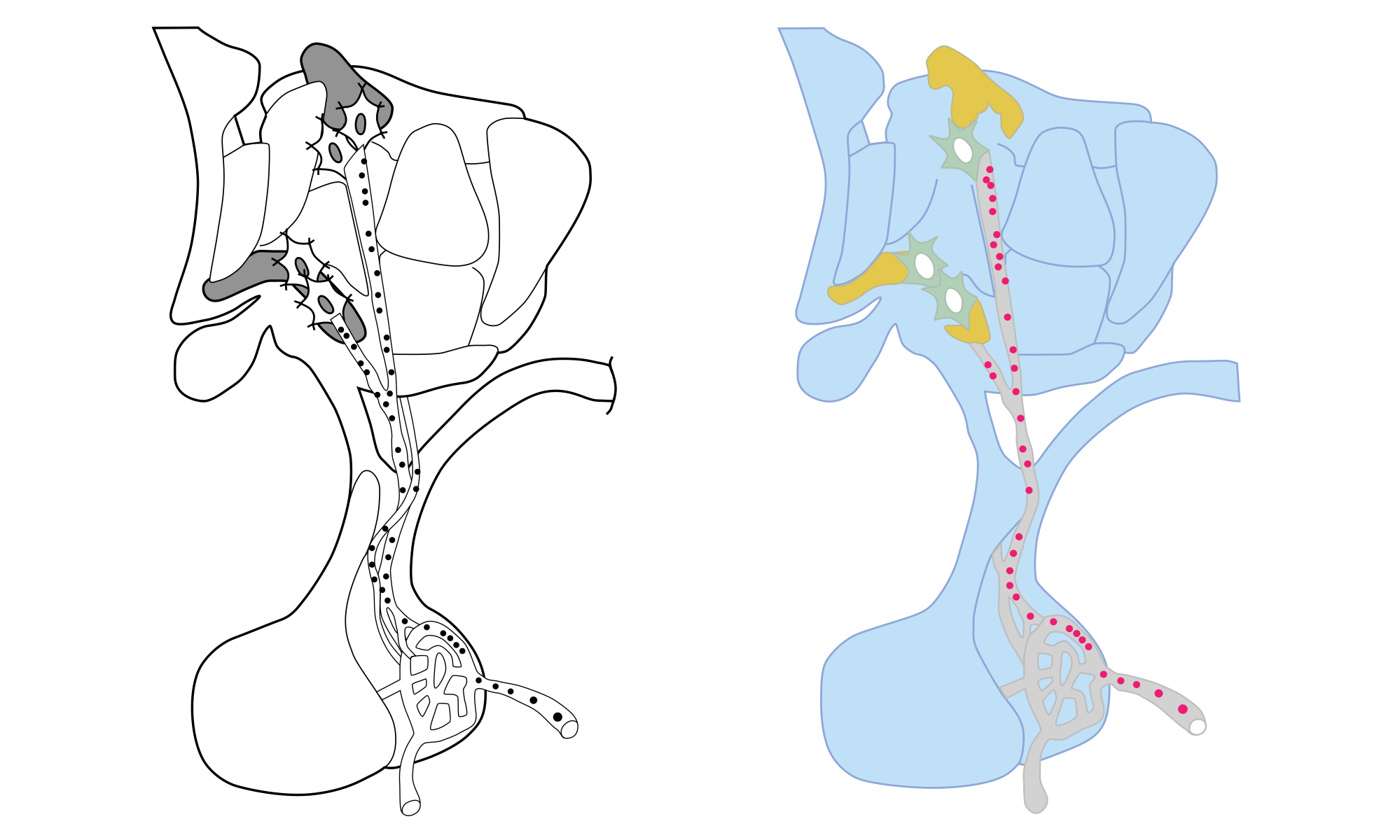 Gill and Yannis met to discuss his research, into the use of oxytocin as a therapeutic, and to review the conceptual figures that are typically used to visually communicate this area of research. Yannis had provided Gill with example papers from the field (listed at the bottom of this post) and she had re-drawn and dissembled some of the conceptual figures from these papers, so that they could be reviewed during the meeting.

As intra-nasal delivery is a potential route for the administration of oxytocin, some of the images were similar to those Gill had reviewed with Nisha during this meeting.   Some of the points discussed during that meeting were also raised again during the meeting with Yannis, namely:

All of these issues will be revisited in more detail during this collaboration, and will feature in future blog posts.

Other points discussed by Gill and Yannis included:

Conceptual figures were reviewed, and some re-drawn, from these journal papers:

Guastella, A.J. et al (2012) Recommendations for the standardisation of oxytocin nasal administration and guidelines for its reporting in human research. Psychoneuroendocrinology, http://dx.doi.org/10.1016/j.psyneuen.2012.11.019

MacDonald, K. and MacDonald, T. M. (2010) The Peptide That Binds: A Systematic Review of Oxytocin and its Prosocial Effects in Humans. Harvard Review Psychiatry, Vol. 18, No. 1.

One Reply to “Meeting between Gill and Yannis, Thursday 15th June 2017”