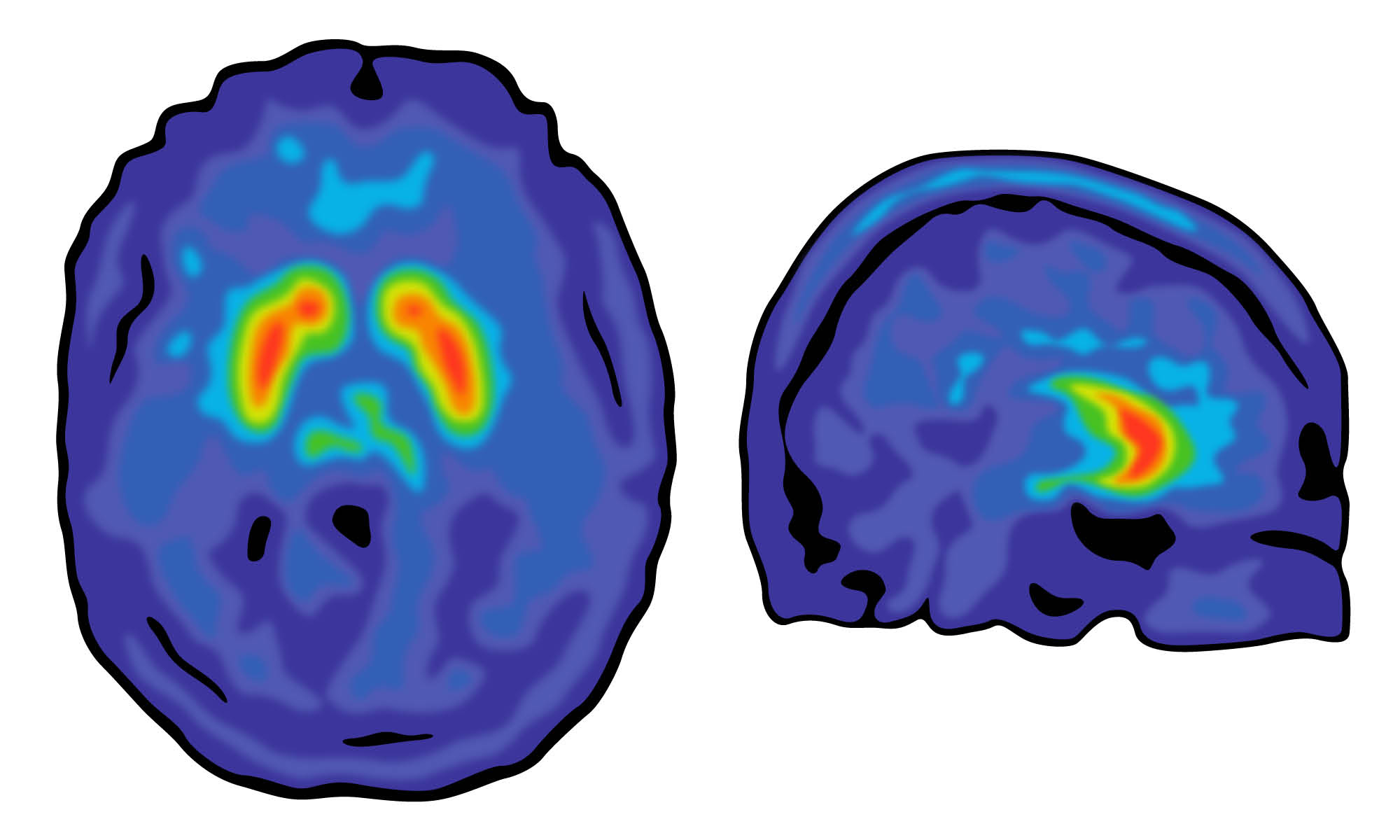 Gill had also altered the layout to include a black border around the whole leaflet, to make it more obvious that the leaflet consisted of only one page, but also to try and better integrate the black area behind the PET scans with the remainder of the leaflet. This version of the leaflet (shown left) was sent to Giovanna for review before the meeting.

At the meeting, the following points were discussed, with action items in italics:

Gill made the changes as discussed during the meeting and produced a revised version of the leaflet (shown left) that she sent on to Giovanna and Mattia.

Giovanna liked the revised leaflet but had one more request – could the PET scan of the sagittal brain view (the lower PET scan illustration) show a red signal in the area of the striatum. Giovanna sent an example image (below) to show how this might look.

Gill revised the existing PET scan illustration to include the red signal, as shown in the header image to this blog post. This illustration was then added to the leaflet and also to the screen in the illustration of the radiographer’s office, before the updated leaflet (shown left) was sent on to Giovanna.

Giovanna was happy with the revised PET scan image, and with the leaflet as a whole. The intention now is to pass this example leaflet on to a wider group of clinicians, to gather feedback before any other versions are produced. The example leaflet describes a dynamic PET scan and, once this has been approved, a version describing a static PET scan will also be produced.