Gill met with Yannis, Daniel and Robert to demonstrate how to use a set of visual elements to construct a conceptual figure describing oxytocin administration for their  upcoming journal paper. Gill had already prepared Adobe Illustrator files for each of the visual elements that would make up the figure – see this blog post for details – and had constructed an initial figure to act as a starting point. The CNS department had also acquired licences for the latest version of the Illustrator software, and Yannis was able to make use of one of these licences.

The aim of the meeting was not to construct the final figure there and then, but for Gill to demonstrate how the visual elements worked – how they could be edited and combined – and to then leave the Illustrator files for the neuroscientists to work with themselves.

The points discussed in the meeting, and some general guidelines for constructing conceptual figures, are outlined in this blog post. The five visual elements created for the figure are included below for reference: 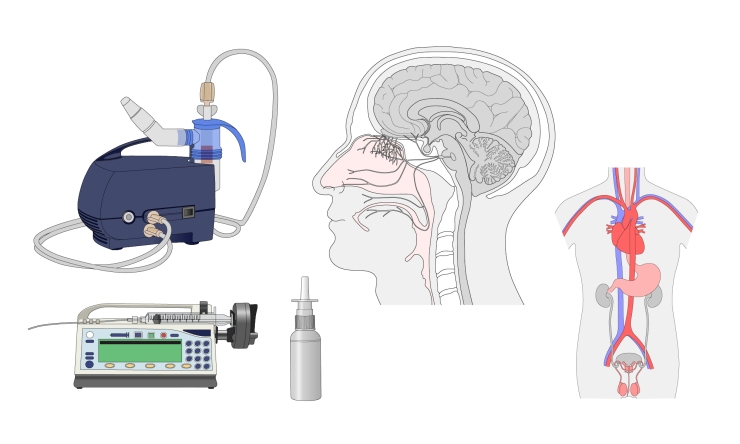 Yannis, Daniel and Robert were all keen to try editing and combining the Illustrator files for themselves. In particular, they would require an image of the nebuliser inhaler combined with the human head, but still with the tube leading from the inhaler to the nebuliser itself. It should be possible to create that image with some editing of the files that Gill had provided, so she left them to it for the time being. The guides to using Adobe Illustrator that Gill had written for Workshop 2 last November were still available, and would provide some step-by-step guidance. There will be an update on the construction of this conceptual figure in due course.

One Reply to “Meeting between Gill, Yannis, Daniel and Robert, Monday 16th July 2018”